Rotterdam is one of the most congested areas of the Netherlands when it comes to traffic. One of the initiatives to reduce this pressure is the 'Filedier' campaign: people get rewarded to stay out of traffic during peak hours. Laik was asked to come up with a campaign to convert these users to alternative ways of reaching their work in the city. We came up with an effective solution, where people were asked to fill out a small but fun poll to find out which alternative suits them best. People were targetted via newsletters, direct mail and telemarketing but found the campaign not annoying at all: more than 25% of the participants applied to one of the alternatives. 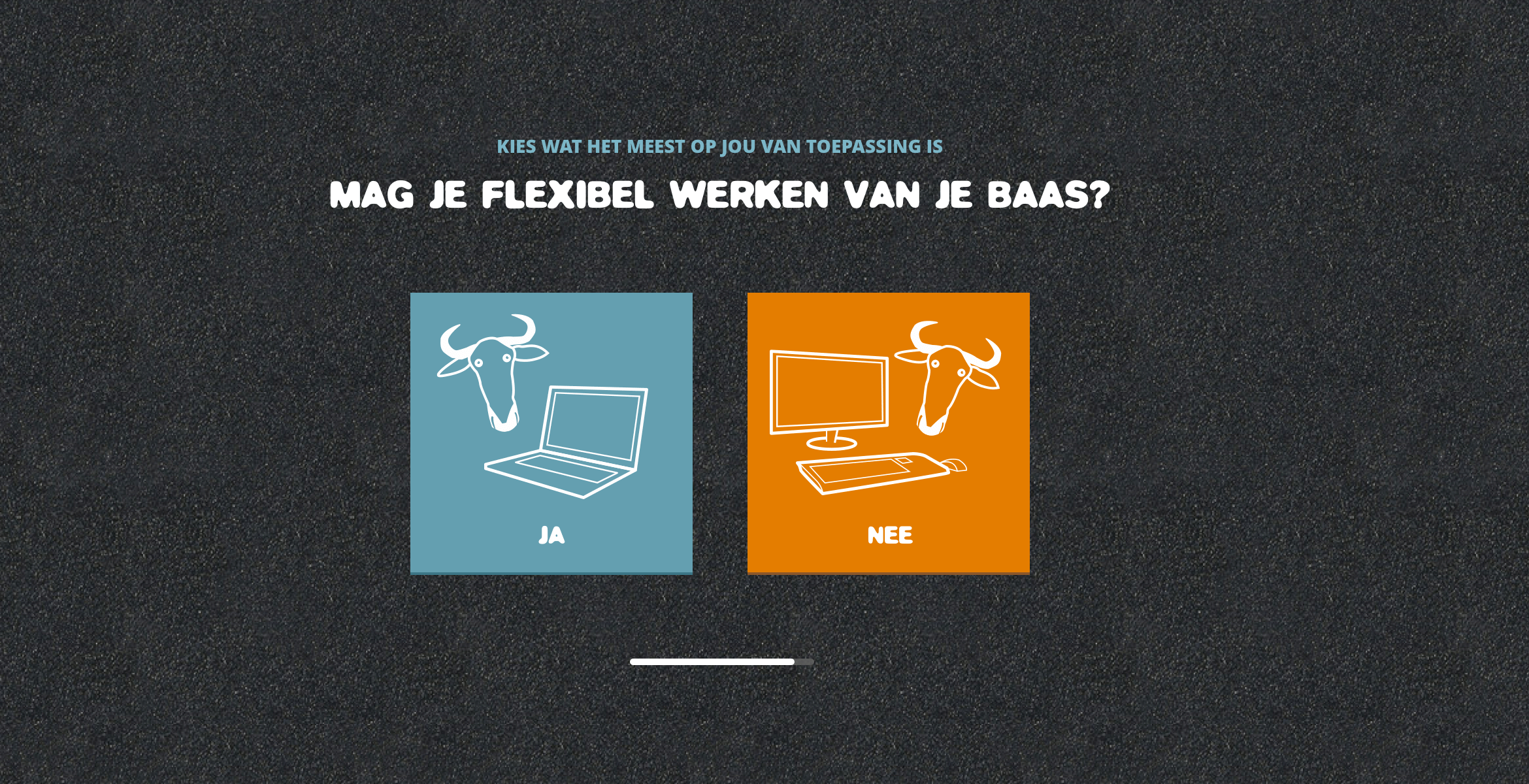 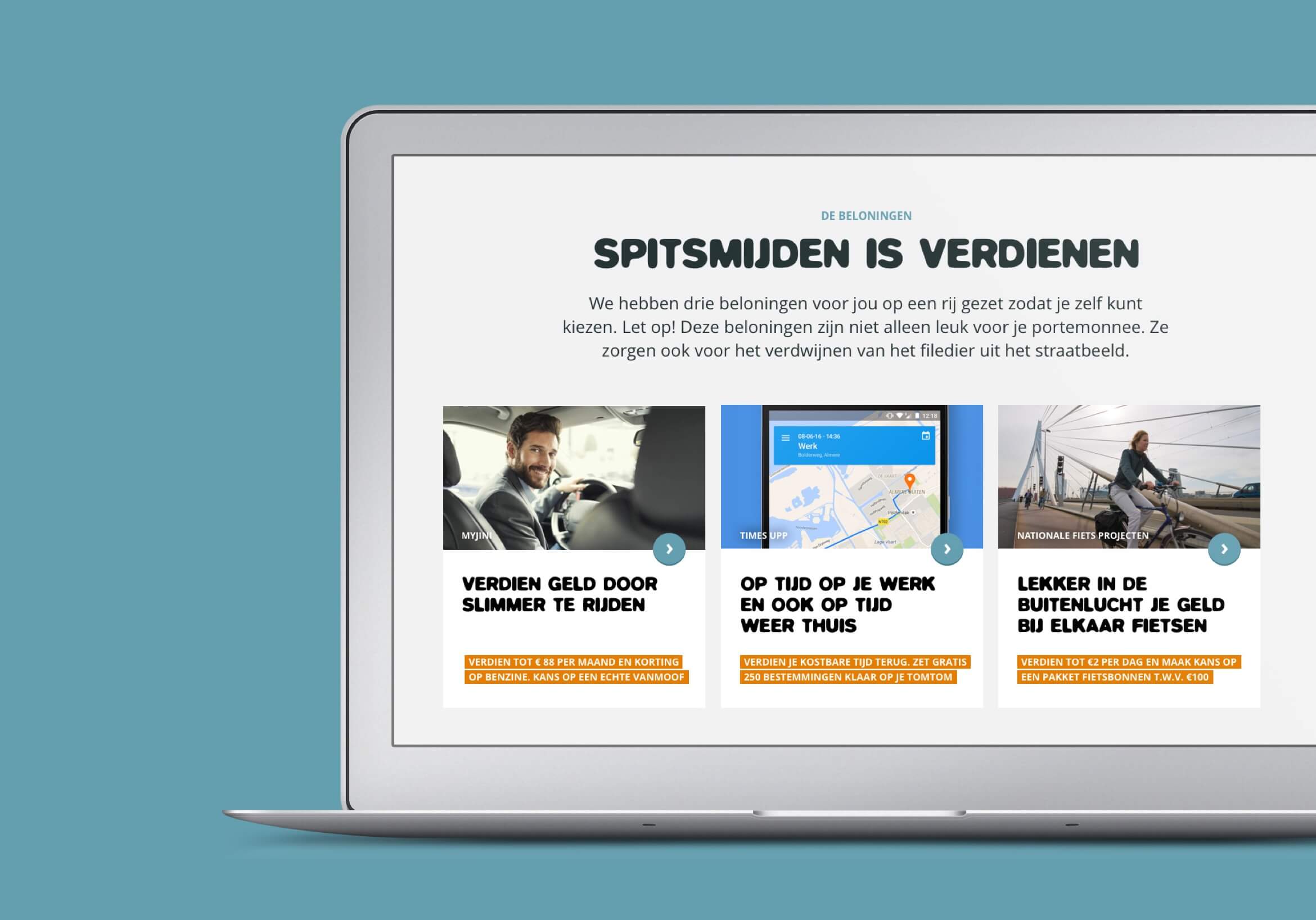 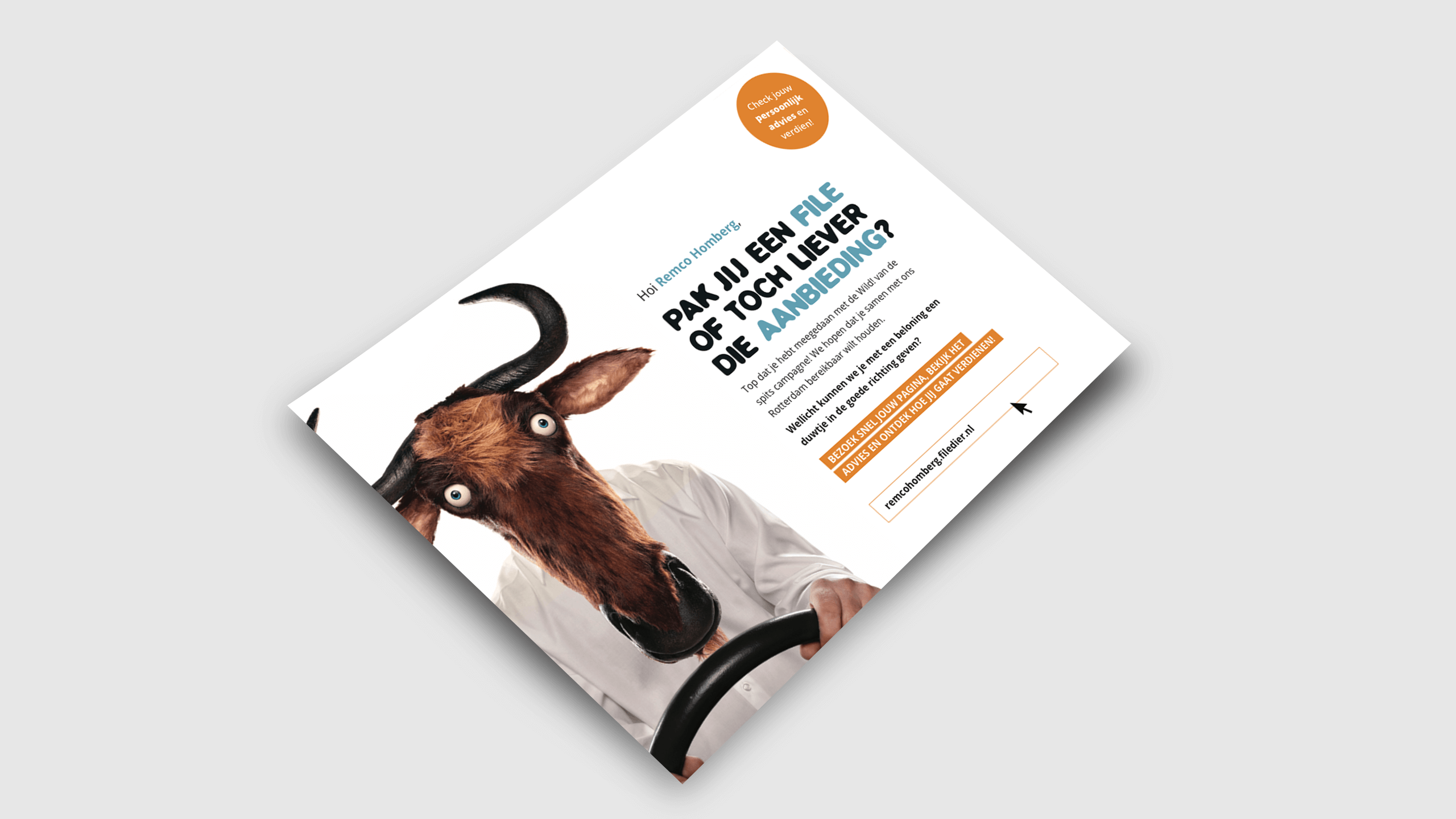